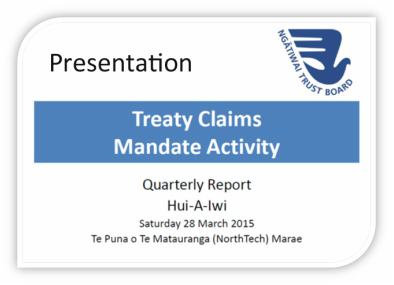 An Update: The Journey So Far…

Ngātiwai Trust Board has been working towards achieving a mandate to represent Te Iwi o Ngātiwai in direct Treaty settlement negotiations with the Crown since March 2013. A brief recap on the journey so far showing where we have come from is set out below. Detailed information about these phases of work can be found in the Mandate Strategy and Deed of Mandate folders below.

WHERE HAVE WE COME FROM?

During this phase Ngātiwai Trust Board held three information sharing hui in Ngaiotonga, Whangarei and Auckland to discuss the Board\’s Treaty settlement work to date, the pros and cons of direct negotiations compared with going to the Waitangi Tribunal.  The hui also worked through understanding Crown policy and Ngātiwai Trust Board signalled it\’s intentions to seek a mandate.

Following the release of supplementary information about additional WAI claims included in the mandate strategy the Board held three hui at Barge Park, the Board Offices and Ngunguru Marae to update members on the changes. This included hui specifically with kaumātua, WAI claimants and hapū Ngāti Takapari, Ngāti Kororā and Te Waiariki.

The number of mandate hui scheduled within the initial voting period were increased and the timeframe for voting extended. At the request of members the initial nine mandate hui were increased by another four and held in Australia and Whangarei. Subsequently the voting period was also extended from four to eight weeks to allow members more time to get registered, consider the resolution and vote.  Submissions were also received during this period and voting results were formalised by Elections NZ with the following result: 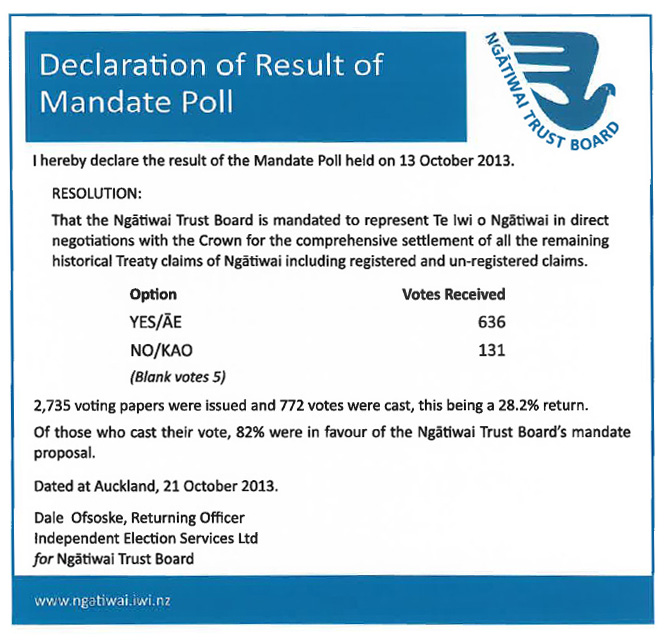 Submissions were received and the Crown met with submitters to clarify their concerns and explain Crown settlement policy.

Ngātiwai Trust Board commissioned Independent Report 1 involving an analysis of the submissions suggested some changes to address submitters concerns which the Board took on board. The Crown met with Ngātiwai Trust Board to discuss changes to the mandate including in particular the refinement of the claimant definition so as to clarify key Ngātiwai tupuna to be included in the mandate but exclude non-Ngātiwai tupuna.

An information hui was held at Tūparehuia Marae to explain changes in converting the mandate strategy into a Deed of Mandate for consideration by the Crown. A revised Deed of Mandate was then submitted to Crown for public notification and submissions to be called for.

Submissions were received and the Crown continued to meet with submitters to clarify their concerns and explain Crown Settlement policy.

WHERE ARE WE NOW?

In May 2015 Ngātiwai Trust Board reported to the Crown on the process it had undertaken and commissioned Independent Report 3 primarily an analysis on new information (including late submissions and supporting documentation on the engagement and communications plan). The analysis concluded that the main issues included:

While the last issues cannot be resolved until after a mandate is achieved and a process developed to address the matter the Board agreed in July 2015 to make a number of amendments to the Deed of Mandate. These amendments were made in response to the analysis of submissions and engagement hui discussions. These amendments along with some technical amendments have now been 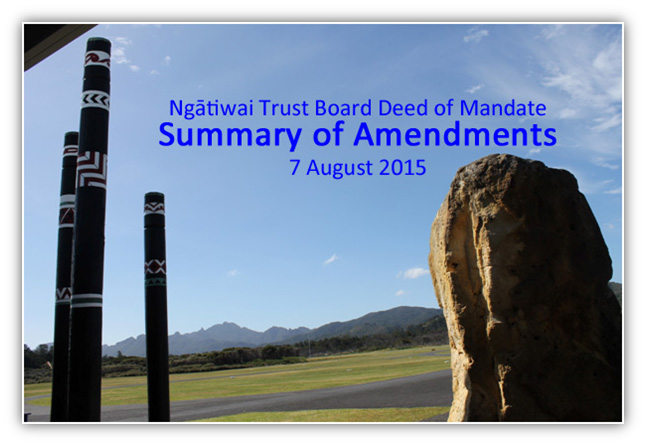 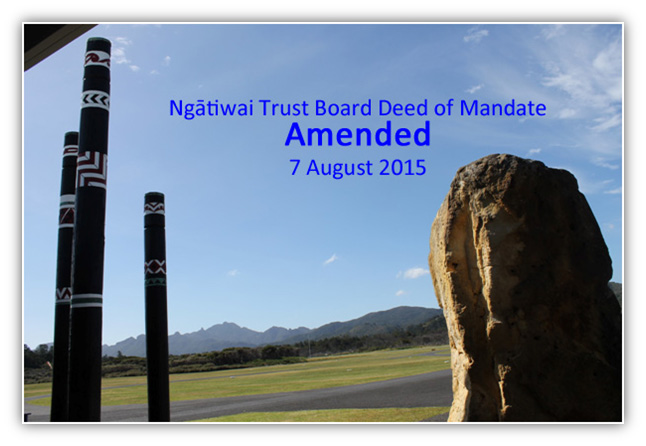 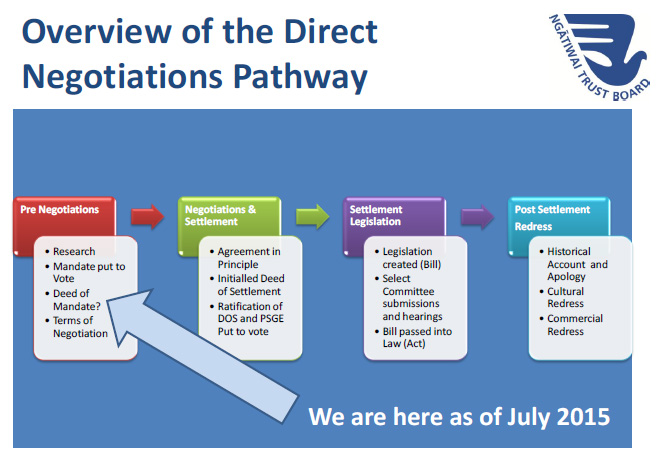 WHERE ARE WE GOING?

Should the Crown endorse the Deed of Mandate the next phase is referred to as Terms of Negotiations (ToN). This phase is expected to take three months and will culminate in the signing of a document which details the rules for engagement in negotiations.

Of importance to the Iwi this phase is when funding becomes available from the Crown Forest Rental Trust so that the Board can enable and provide for the supporting structures in the Deed of Mandate to be set up. This includes for our kaumātua, hapū, marae and researchers including WAI claimants to participate in the ongoing settlement journey.  Further details for each of these groups is described on page 20 to 23 of the amended Deed of Mandate and illustrated below. 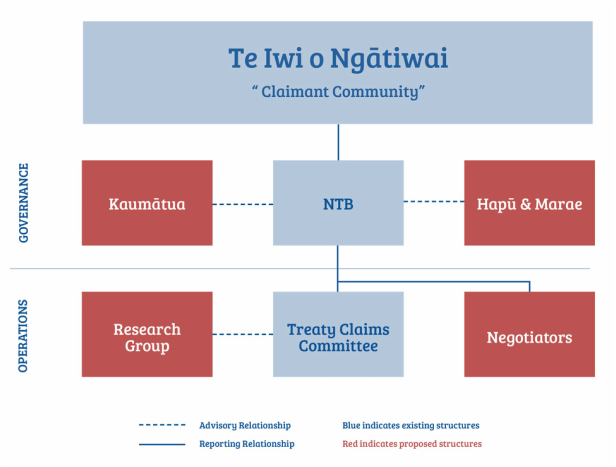