Te Iwi O Ngāti Wai now have two of our own uri who have achieved the highest rank in the art Maori Weaponry – the Taiaha, and to our knowledge, a first for Ngāti Wai.

On Saturday, 26th August, Paora Glassie and Arama Morunga travelled to Hastings with whānau for their graduation from Te Whare Tū Tauā o Aoteroa, where they gained the highest ranking achievement in Māori weaponry – Pou waru.

Te Whare Tū Taua o Aotearoa was founded by Dr Pita Sharples in 1983 during which, saw a renaissance of the Māori language, tikanga and where they wanted to offer the ancient art of mau rākau back to Māoridom as an innovative program in physical fitness, Māori history, Māori Atua, whakapapa, confidence, leadership skills, self-discipline, respect and all uses of the Taiaha.

The curriculum is separated into eight stages (pou tahi to pou waru), taking between twelve to fifteen years to complete.

For Paora Glassie this has been an eighteen-year journey, with almost half of his life having been dedicated to Te Whare Tū Tauā, and to the taiaha.  With a background in Thai kickboxing, a cousin took him along to his first mau raku training session, and since then he has embraced the art, embraced Te Ao Māori which has seen this become a big part of his and his family’s lives.

Paora says, “I never spoke Te Reo or was never involved in anything Māori at that time, and that is where my journey progressed from.  I started going to wānanga and to practices, then we formed a solid crew which seen us train together at any opportunity, lunch times and in the evenings, wherever we could.”

“I sat my first level, pou tahi, up in Motuti and the journey has just carried on from there.”
Paora says one thing that stood out for him in the Tū Tauā programme, by which he refers to a saying they would use in Tū Tauā, “He Waka noa iho i te taiaha rākau rānei, hei kawa ki a koe i roto i te ao Māori”, which Paora translates to, “We use the Taiaha to guide us and direct us through Te Ao Māori and it helps us to learn more things pertaining to all things Māori.”

“The skills and knowledge that we learn in Te Ao Tū Tauā we are able to utilise and compliment in other forms of wānanga such as Te Reo Rangatira, Tā Moko, Whakairo, Rongoā Māori and Rāranga for example.”

“Through my eyes I can see that what I have learnt in Tū Tauā can complement these other areas of Te Ao Māori.”
​
For Arama this journey began for him in 2005 and he says, “Since then I have been doing Mau rakau for twelve years non-stop.” 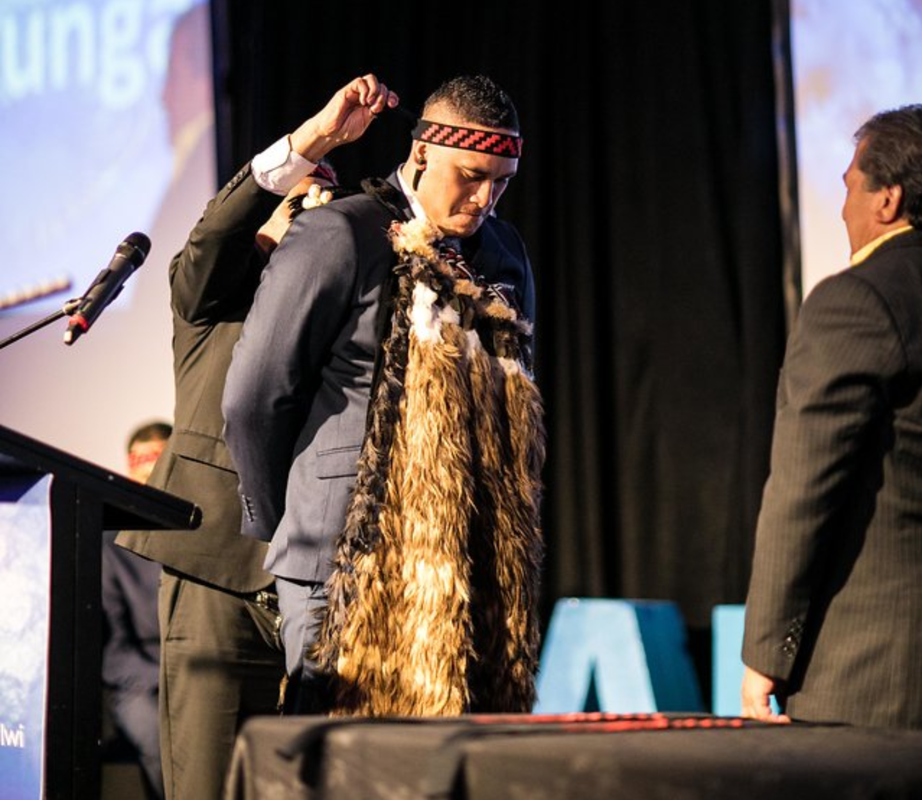 “As part of the kaupapa of Te Whare Tū Tauā we have eight wānanga each year, and I have attended every wānanga for the last twelve years.”

Arama says, “I was twenty years old when I first entered into Te Whare Tū Tauā o Aotearoa under the tutelage of Kipa Munro and Papa Manu Korewha.  I have had quite a few Kaiako since, but these two were my first when I joined, and I acknowledge them and all others that have helped me on this journey.”

“I have always been into Kung Fu movies and into the likes of Jet Li, Bruce Lee and Jackie Chan, so when I finally came into the Whare I was like, yes that’s me – A Māori Ninja!”

“But once I got into Te Whare Tū Tauā I found it was more than just being a Ninja.  As I started progressing through the levels, I realised that Te Reo Māori, Whakapapa, Tikanga and Te Ao Māori are a huge component of our learnings, and these attributes are something you carry everywhere you go and influences how you carry this within yourselves and within this world.”

Paora and Arama are among six from across the country who took part in a week-long weaponry grading for Pou waru at the end of 2016.

In grading for pou waru, participants are put through a gruelling training where they are sent out into the bush to fend for themselves finding food from the bush and sparring against opponents with the taiaha.

They have to display three sparring counter attacks for each level and after achieving the first two levels, can open their own weaponry school to pass on knowledge and skills.

Arama says his desires in continuing to be a part of this whare is, “By the time I am a kaumātua at say sixty or sixty five, I want to still be jumping amongst the ranks, still showing the younger boys how it is done and show them that if a sixty five year old can still do it, then a sixteen year old should be able to do it.” 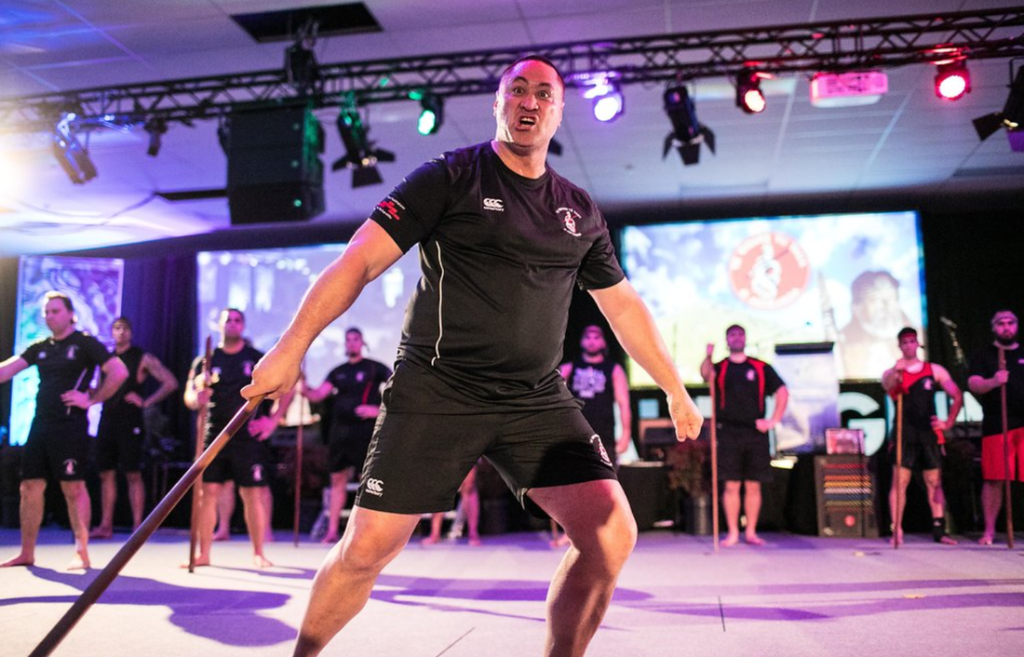 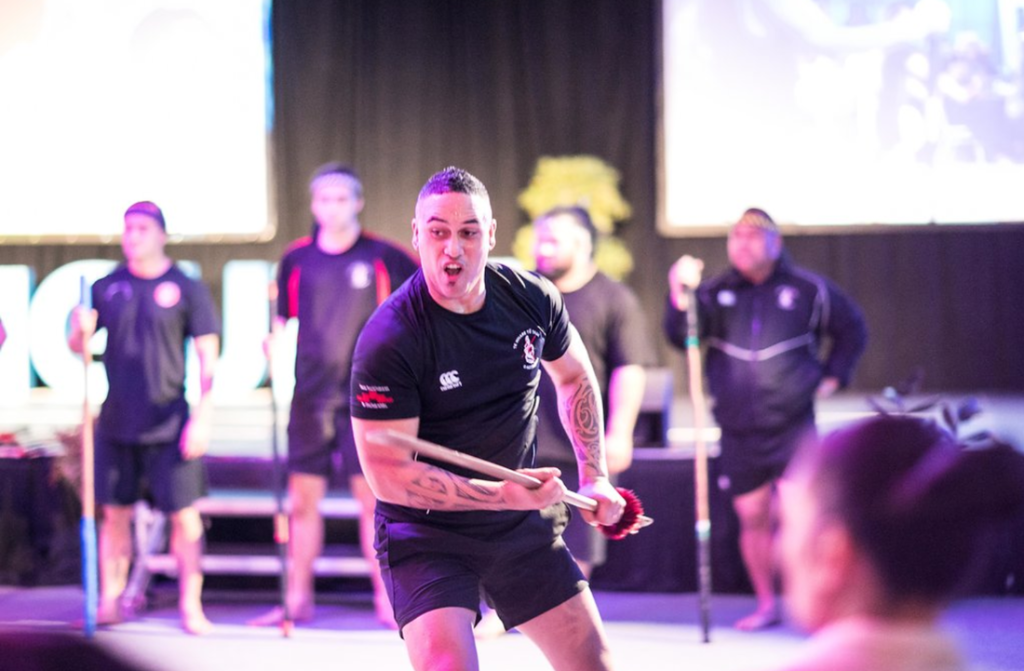