Kaumātua from throughout the Ngātiwai rohe met in Tutukaka to celebrate Christmas together.

From the 18th – 19th December almost 75 Kaumātua come together at Oceans Resort Tutukaka for a dinner and also a trip to the Poor Knights.

On the Monday evening our Kaumātua met for a special Christmas dinner at Oceans Resort Tutukaka to enjoy each other’s company, share kai, kōrero and to enjoy live music entertainment which was provided by Anthony Barber (Jnr), son of Anthony and Meri Barber. Anthony provided entertainment for the night by playing songs from years gone by and which our Kaumātua loved. Many were up dancing the night away, with a special moment had when Anthony (snr) and Meri Barber joined their son to sing a couple of beautiful waiata.

Kaumātua Miriam Going said, “It was such a lovely evening.  What I loved about tonight was that it gave us Kaumātua an opportunity to come together from all over the motu to share a meal and enjoy each other’s company. It was lovely to see some of our whānau from Aotea (Great Barrier Island) here also.  It was a truly a special evening.”

The next day Kaumātua were due to board the Dive Tutukaka boat at 11am.  However by 10am Kaumātua were already gathering, excited with anticipation for the day ahead.

The Dive Tutukaka Boat that was taking our Kaumātua out was called “A Perfect Day”, which also was a great description of the weather on the day.  With clear blue skies and a slight northwest wind, the day was truly perfect for the hikoi ahead of them. 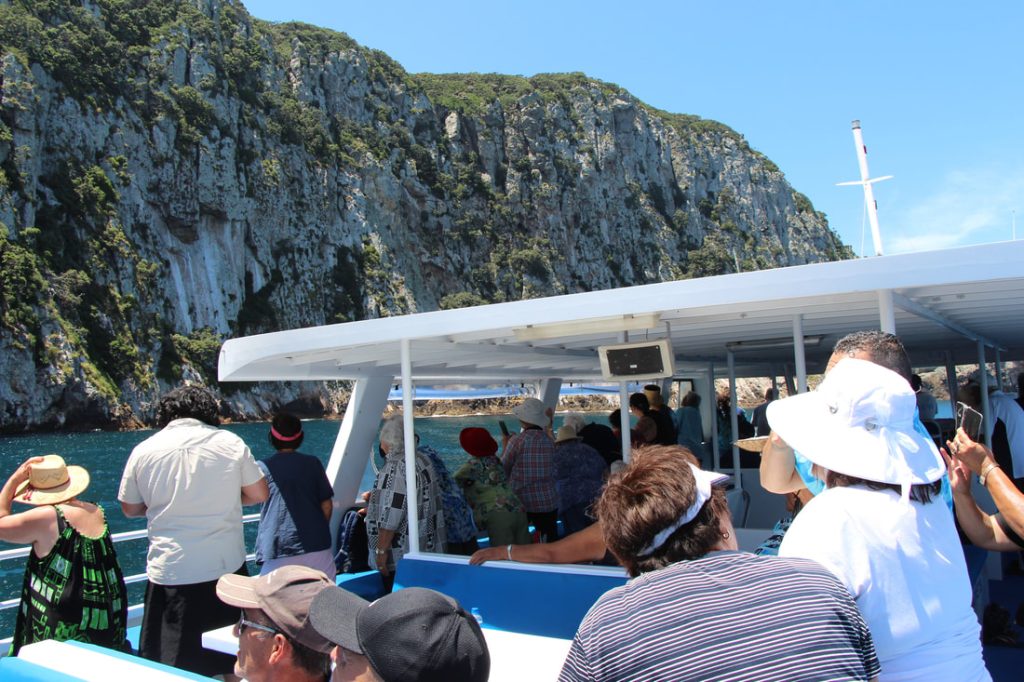 The trip over had the Kaumātua sitting together, sharing stories, laughing and singing.  The guitars and ukuleles came out, and the sounds of waiata rang out across the boat.

On arriving the skipper anchored the boat close into the Northern Island – Tawhiti Rahi.  Everyone on board had the opportunity to jump in the water to have a snorkel, paddle board or kayak, and to also relax on the boat whilst enjoying the refreshing drinks and snacks that were on offer.

After lunch the boat set off again with the Captain giving his version of some of the history of the islands, which at times may have felt a little awkward as he was essentially telling Ngātiwai stories to Ngātiwai uri.  But our Kaumātua were respectful of him, even if some did not completely agree with some versions of the stories.

Ngātiwai Chairman, Haydn Edmonds, spoke to the Kaumātua on the boat and said, “These islands are very significant to us as Ngātiwai.  The islands were a place of refuge for us.  They were a place that enabled us to live and survive here during difficult times on the mainland.”
“If you look around at all of us here today on this waka, you will see people from all the different kainga from all around Ngātiwai, but here at this place we are one.  One tribe, one people – we are one as Ngātiwai when we are on this water. “

Carmen Hetaraka of Mokau also spoke to the Kaumātua and said, “I would like to pay tribute to Hori Parata for all the mahi he has done here over the years as the kaitiaki for Ngātiwai and also to Clive Stone, who continued that work in more recent years.”

A special moment was felt when the skipper took the boat into Rikoriko – The World’s largest Sea Cave.  Rikoriko means ‘waning light’ in Maori, twilight, or dancing light due to the patterns that the sunlight makes when reflected off the surface of the water upon the cave ceiling.

Scientists have proven that Rikoriko is over twice the volume of two other known sea caves that claim the “biggest” status.  Rikoriko is 130 metres long, a depth below water of 26 metres, and a height to the ceiling above water of 35 metres, and a width of 80 metres. 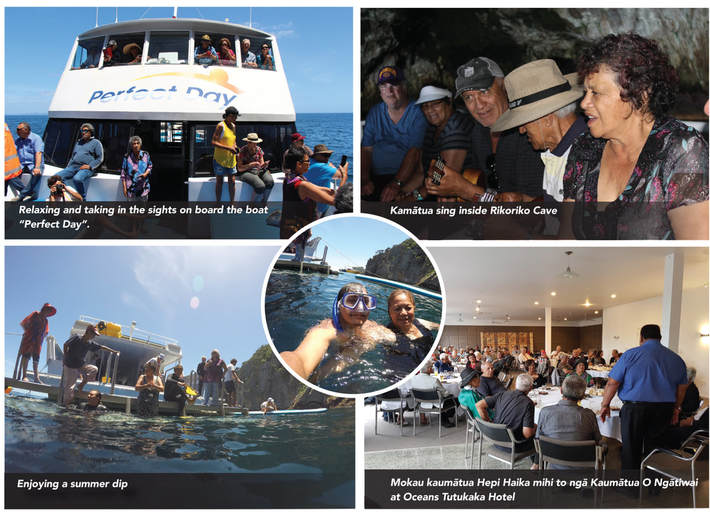 This makes the acoustics in the cave phenomenal, which was evident when our Kaumātua broke out into waiata creating a cathedral type sound. To put into words how their beautiful waiata sounded is very difficult, but it was truly an amazing experience.

Upon leaving, the skipper took the boat on a tour around the rest of Aorangi Island before making our way back home to Tutukaka.

Whananaki Kaumātua Kathleen Caldwell said, “For me this was a trip of a lifetime, and I just thoroughly loved the whole day. I have never been to the Poor Knights before, and at my age I may never come here again. The memories of today will stay with me forever.”