3. Exclusive Commercial Redress (Rights of First Refusal)
Otherwise known as Right of First Refusal (or RFR’s), this redress gives Hauraki iwi the right purchase the following Crown owned properties if they become surplus to the Crown’s needs within the next 177 years:

​4. Statements of Association, Statutory Acknowledgements and Deeds of Recognition

These types of non-exclusive redress can be offered to multiple iwi including Ngātiwai.  This redress applies to sites of significance such as rivers, lakes, mountains, wetlands and coastal areas etc, where land is owned by the Crown.  This type of redress acknowledges the Hauraki iwi statements of association on and around Aotea.

It is the Board’s view that this type of redress gives Hauraki iwi a modern form of mana whenua status in that this redress enhances their ability to participate and influence Resource Management and Department of Conservation management processes within the Ngātiwai rohe.

One example is that Ngāti Tamaterā and Ngāti Maru will have influence over the Whangapaoa Conservation Area, despite not being hau kainga on the island.

The Board feels this undermines the mana whenua status of the hau kainga of the Island and gives Hauraki recognition, status and influence over Aotea that is inconsistent with tikanga.

There are also other redress options being offered to Hauraki such as protocols and fisheries quota right of first refusal.  An example of a protocol redress is the establishment of a process for determining ownership or export of any taonga tuturu found on or around Aotea.

Essentially all of this cultural redress gives the iwi of Hauraki legal rights and influence at a Crown and local Council level, that they do not hold under tikanga māori.  In the world of Te Ao Maori, this effectively gives them mana whenua status which Ngātiwai say has never existed for the iwi of Hauraki on Aotea. 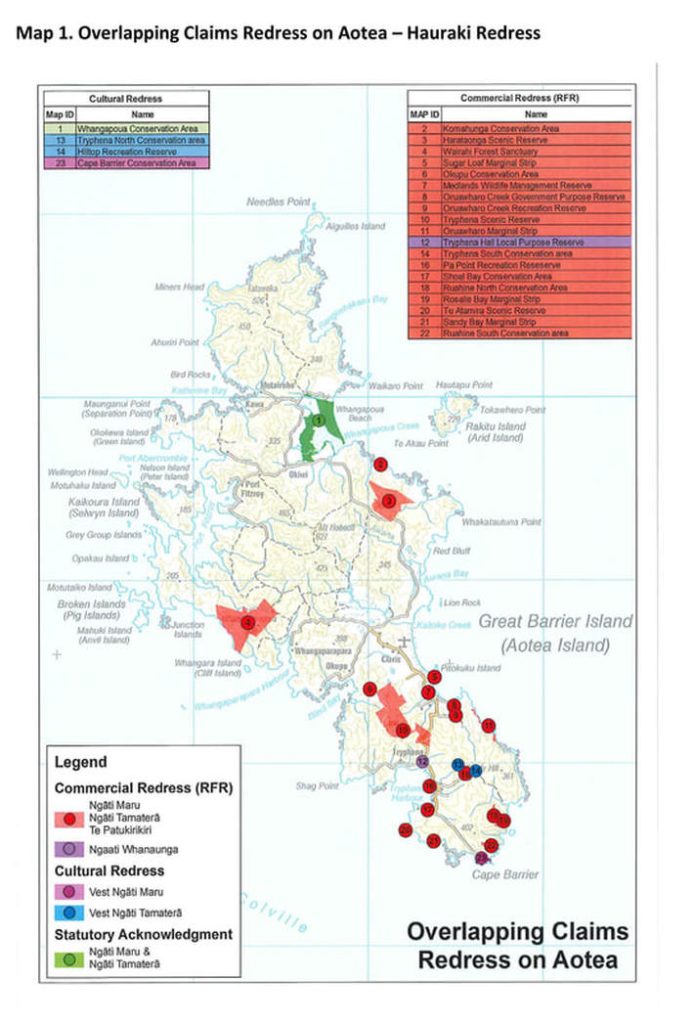 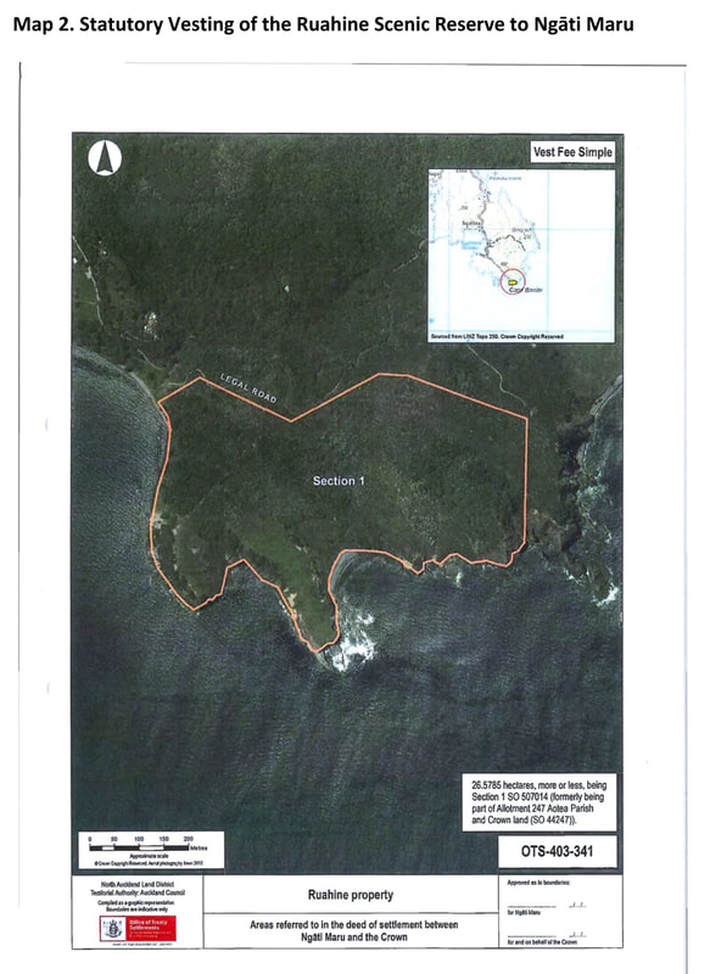 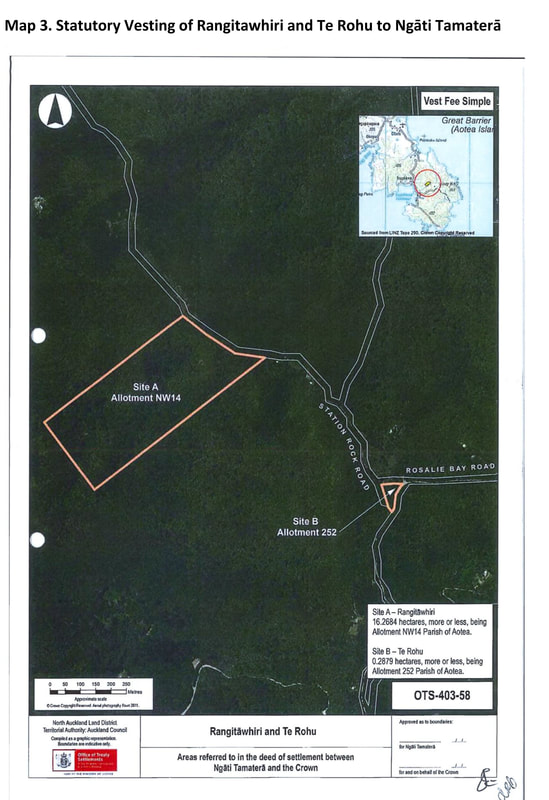