HoopNation is New Zealand’s premier basketball event hosted each Labour Weekend, attracting the hottest teams and players across many grades and ages groups.  This tournament is viewed as “a must” for basketball players and fans!

This year’s HoopNation has seen the tournament grow to nearly 10 times the size of the original tournament in 2011 which had just 15 teams.  This year has seen the biggest competition yet with more than 1300 players across 143 teams and with more than 380 games of basketball being played on 12 courts across five venues in the Tauranga rohe over four days.

The Ngātiwai Soldiers are an Under 16’s Team that is made up of boys from Whāngarei, Kerikeri and Kaitaia who travelled to Tauranga to compete in HoopNation.

With the team being spread out across Te Taitokerau, coming together for training was always a challenge.  To get around this, the team would base their trainings around wananga, where they would come together to train on a Friday evening and all day Saturday and then go home to their whānau on a Sunday.
​
Coach Johnny Sadler says “When we come together and train at these wananga, developing the boys’ skills sets, the team dynamic and game tactics are obviously important.  But equally if not more important to us are the relationships, whanaungatanga, whakapapa, tautoko and awhi.  These are important as we see these skills and morals transferable for these boys in their everyday lives.
But the most important skill we teach the boys is how they use their taringa (ears).  Not just here at training, but at home, at school or where ever they may be.  It’s about being engaged in the moment.” 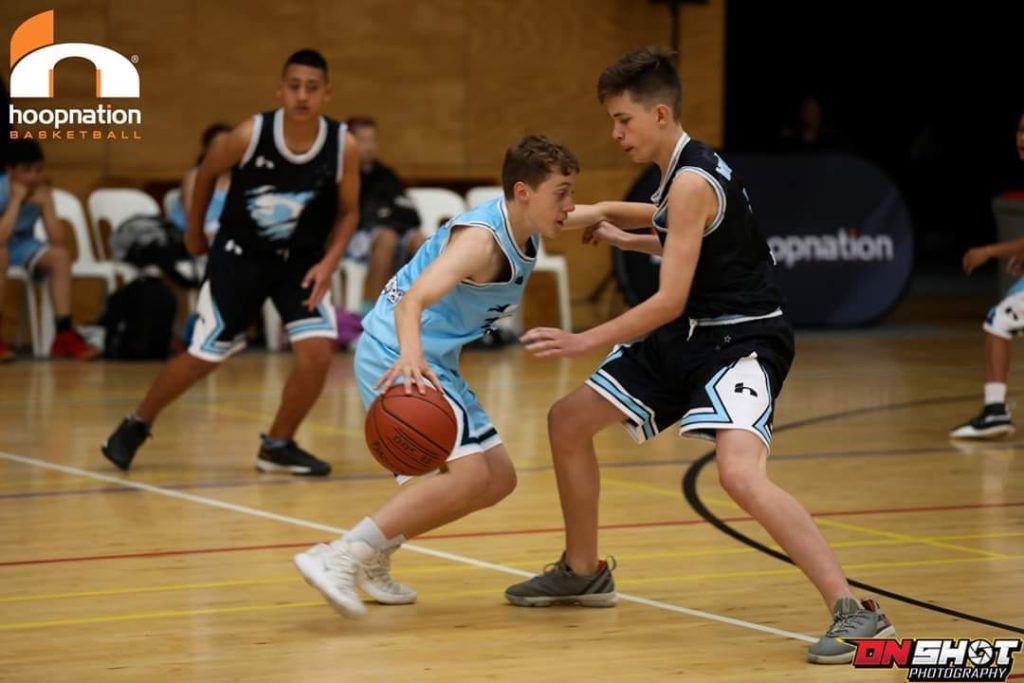 Mother of Te Hauroa Tawhara-Crown, Micah Tawhara says “These boys have been training hard and have developed some great skills and knowledge of the game. When they are in sync they are unstoppable which is what was witnessed by many in Tauranga.”

“Many people were coming up to us asking; where the heck did we come from!  Our boys are so respectful and genuinely supportive of each other, and with some more training and hard work they\’ll be soaring.”

The Ngātiwai Soldiers won all their games in the lead up to the finals.  Unfortunately the team lost in their semi-final, going down in a closely fought game by just three baskets.  Many teams and supporters were constantly amazed at the team and how well they played against some more well-known high performing teams.

Coach Johnny says “It was exciting when random strangers would see our boys and come up to us to make Whakapapa connections to Ngātiwai whānau, and whenua.  We were greeted from players and teams from all over the motu.”

“I am so so proud of our boys.  It’s great to see them represent Ngātiwai and to be seen on that stage.  In typical “hard ballin” Ngātiwai fashion, these young rangatahi made a statement!!”

“We would like to give a big shout out to the Ngātiwai Trust Board for its massive support in helping our Under 16 Ngātiwai Soldiers basketball team to participate in the HoopNations Basketball Tournament.   I also want to give a big mihi to my fellow coach Kape Murray and all our whānau that supported our team to make this happen.”