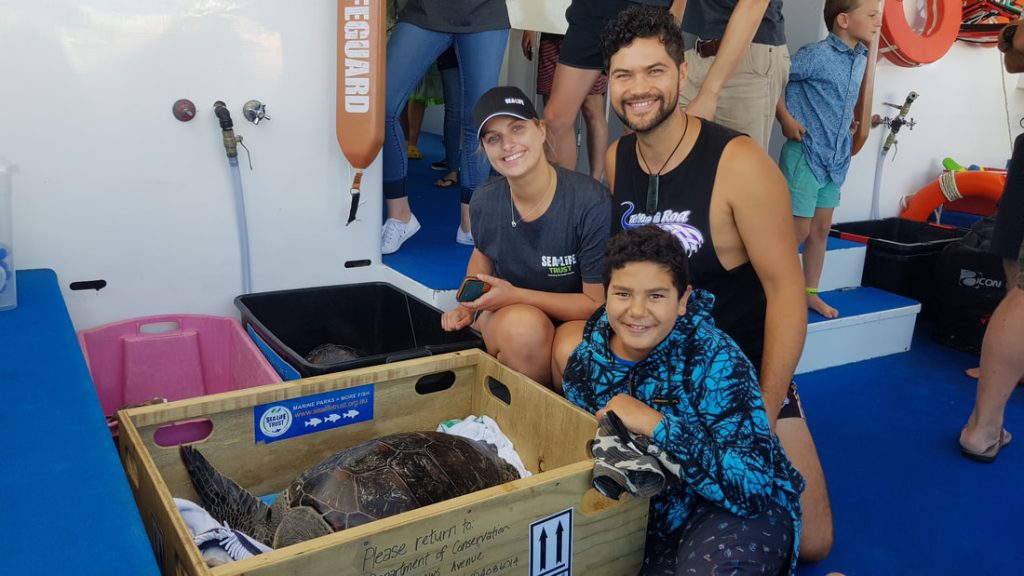 Earlier in March, Ngātiwai were invited to tautoko the release of three rehabilitated turtles at Aorangi – The Poor Knights. These turtles have been nurtured back to health by the team from Auckland’s Sea Life Kelly Tarlton’s.

The turtles were all brought to Kelly Tartlon\’s after either being sick or injured in their natural wild habitat, and without the help and intervention of the Team from Kelly Tartlton’s over the past twelve months, they probably would not have survived.

SEA LIFE Kelly Tarlton’s is actively involved in rescuing and rehabilitating injured, stranded or sick turtles found or brought to them. Once brought back to health the turtles are then tagged and released back into the wild.

Turtles and other sea life are facing unprecedented threats in the wild and swim through loads of risks just trying to survive. Fishing nets, plastic pollution, boat strikes, habitat loss, and coastal development are individually and cumulatively impacting upon turtle numbers around the world, and Kelly Tarlton’s are playing their part in the conservation of these wonderful creatures and were delighted to be able to release these three turtles in the Ngātiwai rohe.

The team became so close to these turtles over the twelve months, they refered to them as their beautiful beloveds and gave them the names Connie, Toby and Jaxon.

Ngātiwai uri Kawiti Waetford said “It’s awesome to see the turtles, other species of fish and our kids swimming together, having that connection with Tangaroa and hinemoana.”

Ngātwai rangatahi, Te Rangitūkiwaho Edwards said, “This is the first time I\’ve seen turtles released into the ocean. It\’s awesome to see whānau and organisations coming together to support this important programme.”

It was a beautiful day on the water, with near perfect conditions for the release.

Alyssa Berimballi Aquarist from Sea Life Kelly Tarlton’s said, ”Ultimately it’s our goal to get them back to being a nice healthy fit turtle. “

“Most turtles that come to us are really under weight and really struggling.” “We thank Ngātiwai for all their support today, and for allowing us to release these Turtles back into their habitat at the Poor Knights.”

Ngātiwai Trustee, Aperahama Edwards said, ”This has been incredible to be a part of and a privilege for us as Ngātiwai to see these taonga once again amongst our taio.” 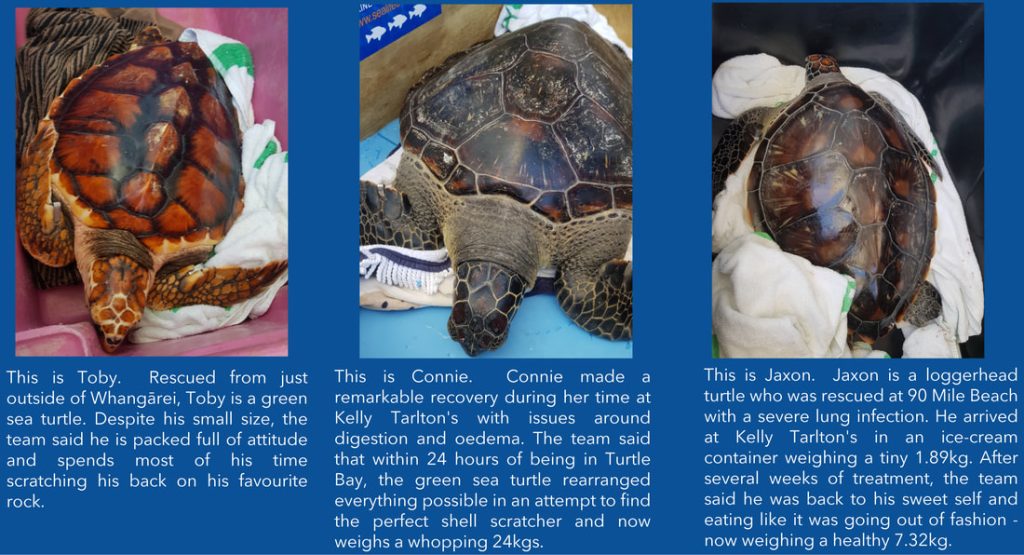